Supporting families in the workplace

There are many unwritten rules about the “right way” to start and raise a family in the United States. Having a job that offers health insurance and family leave benefits is one of them. Having a family costs money. It’s not enough to have a paycheck, though. Health insurance and family leave are mostly linked to employment, and the quality of these “benefits” is linked to who your employer is. (Many employers don’t offer paid leave at all.) You need to have the right job.

Moreover, you have to get pregnant at the right time. Although it is illegal to discriminate against a pregnant candidate during the hiring process, it does happen, so finding a job when already pregnant can be difficult. If you have not been employed long enough by the time you deliver, you might not be eligible for any paid leave, if the company even offers that benefit. You also may not be eligible for job protection under the Family and Medical Leave Act, which mandates at least one year of employment to secure unpaid leave for a maximum of 12 weeks.

Generally being a rule-follower my entire life, I took these unwritten regulations to heart, which is why my husband and I waited until we returned home after several months abroad to start a family. My husband was conducting research for his dissertation while we were out of the country, and I was not working. We knew that when we came back to the U.S., our bank account significantly smaller than when we left, I was going to need a job to support us while he finished his doctoral program. We knew that if I was pregnant when we came home, it would be difficult to secure a job. And even if I did, I wouldn’t be eligible for FMLA job protection or paid leave, if that was offered at all.

The night before we returned to the U.S., I received an offer from my dream organization. I couldn’t believe my luck. I envisioned this to be the place I would build my career, the place that would become a second home. The pay was fair, I’d have health insurance, and there was a maternity leave benefit comparable to similar organizations. The first few months seemed great. I liked my coworkers, and the work was engaging and inspiring. It really felt like the right job.

So when my home pregnancy test result was positive, I was relieved. I felt like I had navigated the unwritten rules and everything was working out how we had planned. I just needed to get through the pregnancy, but that proved to be more difficult than I imagined. It was not because of the physical aches and pains, but instead the apparent conflict between my pregnancy and work environment. Here is what stands out to me:

I know that my story is not unique. A former coworker told me that she had been pressured to travel internationally for an extended period of time during her first pregnancy as well and experienced severe distress throughout the entire trip. Her fears and concerns were brushed off by her supervisor and other senior leaders. Another former co-worker told me that she hid her pregnancy for as long as possible because she was worried about fighting over work travel.

Many people have experienced arguably worse treatment in the workplace. Some have no paid leave at all, being forced to choose between returning to work just days after delivering or losing the money they need to support themselves and their families. Others have actually lost their jobs or have been passed over for employment or promotion opportunities because they are pregnant or a parent with small children. All of these are examples of maternal bias in the workplace.

Each time I reflect on my experience and that of others, I return to the same thoughts. First, as a society, we must stop treating pregnancy and raising families as if it is an unusual occurrence and a burden that others, like employers or coworkers, must tolerate. We must accommodate expecting parents whose physical health requires changes to how they perform their jobs. These are short-term adjustments that have a real impact on health and well-being. No one should ever feel the threat, real or perceived, of being fired for needing temporary duty changes.

We also need to start making workplace policies that show people they are valuable beyond what they can produce for their employer in the short-term, and that their lives hold value because they are part of our community, because they are human. These policies need to consider the long-term benefits of investing in an employee’s well-being and professional development.

We must stop thinking about workplace support to parents as a perk, benefit, or favor employers and coworkers provide. Until we do, people will continue to be vulnerable to workplace abuse and mistreatment when starting, expanding, and sustaining their families.

Margaret Ben-Or is the business development manager at Ariadne Labs, supporting programs to create and execute revenue strategies to sustain the design, test, and spread of Ariadne’s innovative tools and solutions. Margaret has spent 20 years working in a variety of domestic and global public health areas, from HIV and AIDS prevention to substance use disorder prevention and treatment to maternal, neonatal, and child health. 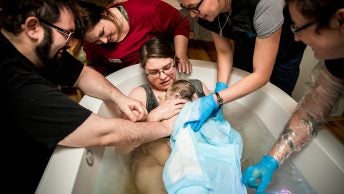 Each year approximately 20,000 Americans choose to give birth out of bed, which usually requires giving birth out of hospitals. According to the CDC, centers like Dar a Luz have become 83% more popular over the last decade. Yet millions of Americans... 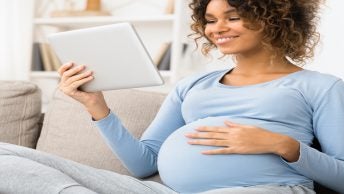 By Margaret Ben-Or There are many unwritten rules about the “right way” to start and raise a family in the United States. Having a job that offers health insurance and family leave benefits is one of them. Having a family costs money. It’s not...