Each year approximately 20,000 Americans choose to give birth out of bed, which usually requires giving birth out of hospitals. According to the CDC, centers like Dar a Luz have become 83% more popular over the last decade. Yet millions of Americans still choose to give birth bed-bound, on their backs, with their knees up, legs spread, feet in the air. I attended the deliveries of thousands of babies before I ever wondered why.

Originally published on The Conversation
By Neel Shah

A few years ago I visited Dar a Luz, the only free-standing birth center in New Mexico. It looks nothing like the towering urban hospitals I have spent my career working in. Nestled into a valley at the outskirts of Albuquerque, Dar a Luz is more like an earthy homestead. At the perimeter, a wood fence surrounds a sun-drenched courtyard with a rock garden and a footpath that expecting mothers pace while in labor.

Inside the birthing rooms are bathed in the same natural light, with open spaces designed to encourage continuous movement. Beds are in the corners of the rooms rather than the central feature. Abigail Lanin Eaves, the executive director of the birth center and a certified nurse midwife, explained that, at Dar a Luz, her patients arrive in labor walking – and usually stay that way until after the baby is born. The beds are for resting afterwards, rarely for labor or the birth itself.

Each year approximately 20,000 Americans choose to give birth out of bed, which usually requires giving birth out of hospitals. According to the CDC, centers like Dar a Luz have become 83% more popular over the last decade. Yet millions of Americans still choose to give birth bed-bound, on their backs, with their knees up, legs spread, feet in the air. I attended the deliveries of thousands of babies before I ever wondered why.

The rock garden – lovingly referred to as the Labor-inth – at Dar a Luz birth center in Albuquerque, New Mexico.

As an obstetrician/gynecologist, this position is familiar to me. It maximizes exposure to the pelvis during office examinations and gynecological procedures. By extension, it seems to make sense for childbirth as well, particularly from my perspective as the doctor. The work of being on call on the labor floor can be grueling, a constant race from one bed to the next. Having the people I care for remain in bed allows me to sit down, optimize my lighting, and limit the strain on my back and my eyes.

But while convenient for me, few unmedicated people would choose to labor this way. In the absence of anesthesia, it would be too uncomfortable. Movement is an instinctive way of coping with the discomfort of labor. Remaining upright also appears to facilitate labor progress and, aided by gravity, descent of the baby in the birth canal. By contrast, MRI studies suggest that on-the-back positioning may significantly narrow the baby’s pathway through the pelvis.

However, in the presence of anesthesia, standing and walking throughout labor is challenging if not impossible. Turning off the body’s pain receptors requires disconnecting our nerve endings from our perceptions, a process that can remove our ability to move, to remember what happened or both. Anesthesia works by blunting our most fundamental instincts. This dilemma places our desire for comfort at odds with our desire for control.

During the mid-19th century, childbirth was not an event many women were eager to actively experience. Under desperate circumstances, physicians were often called upon to surgically rescue deliveries using brute force – to place metal forceps on the baby’s head while still in the birth canal, and to strenuously pull. Even for the steeliest mothers, holding still would have been impossible. By contrast, inhaling chloroform, an early anesthetic, would instantly drop them into a “dreamlike” state, limp and silent, awakening hours later, peacefully and with little memory of what had happened. 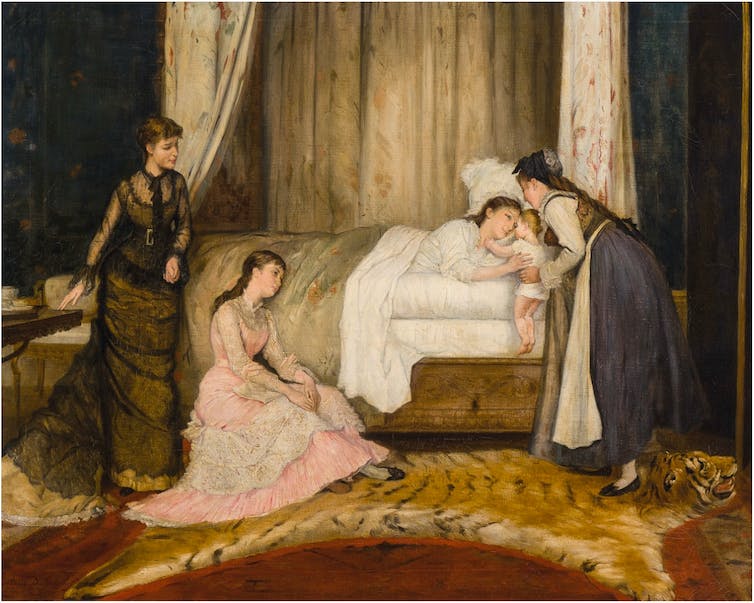 Gustave Leonard de Jonghe’s painting, ‘The Young Mother.’ The work was created in the latter half of the 19th century.

Chloroform was widely welcomed, even garnering an endorsement from Queen Victoria herself, who called it “blessed.” But the crude method of administering it – inhaling vapors from a rag – led to dangerously uneven dosing. If too little was given, the woman would remain awake and in pain. Yet if too much was given, they could permanently stop breathing. As anesthesia became commonplace, many overdosed and died.

A solution to this problem arrived in the early 20th century. The same effects of inhaled anesthesia could be achieved with a combination of morphine and scopolamine, intravenous medications that could be carefully measured in a syringe. This new form of injectable anesthesia was alluringly marketed to pregnant women as “twilight sleep.” And by the 1930s it became the default approach to childbirth in the United States.

Then, in 1958 the Ladies Home Journal published a disturbing expose called “Cruelty in Maternity Wards.” In a series of letters, American nurses provided direct accounts of laboring women being left alone for hours, strapped down to beds, crying “violently” and involuntarily writhing against the restraints. At that time, fathers and other family members were not allowed in the birthing rooms to bear witness. Under heavy sedation, the memories of the mothers themselves were fuzzy.

The American public was horrified by these descriptions. Pregnant women wanted their voices back. They wanted the capacity to consent. They wanted more control.

By the 1960s, a newer technology – epidural anesthesia – offered an appealing alternative. Administered at the level of the spine, epidurals effectively bypass the brain, allowing mothers to stay awake and alert during labor, to relay their symptoms and participate in care decisions. But they also require a different trade-off. The medicine spreads out to block all nerves that relay and receive signals to and from the pelvis and thighs. These nerves mediate sensation but also control all of the key muscles in that region, from the bladder to the quadriceps.

Women with epidurals are unable to urinate on their own. A catheter must be placed to help them. Otherwise, their bladder will simply distend like a balloon. They are also unable to effectively move their legs and must remain in bed, usually for many hours. Epidurals require more intensive monitoring, a multitude of wires that act as tethers. And by removing pain as a barrier, they bring the potential for more interventions – the same epidurals used for spontaneous vaginal deliveries can be sufficiently dosed for a broad range of procedures, including cesarean sections.

Currently, over 70% of birthing women in the U.S. receive epidurals, favoring some measure of comfort over physical control. However, the popularity of Dar a Luz and other birthing centers suggests that growing numbers appear to be choosing the opposite trade-off: participation and movement over medical pain relief. Perhaps, however, the challenge is not born of anesthesia itself but rather a false choice embedded in the way it gets presented, an all-or-nothing dichotomy between “natural” and “medical.”

At birthing centers, epidurals are not available, and as a result, labor looks remarkably different from the hospital equivalent. While the mother may not necessarily look comfortable, her movements and her mindset more closely resemble an athlete accomplishing a feat than a patient undergoing an ordeal. Throughout, midwives are in attendance to provide support, careful monitoring and coaching.

Occasionally, complications develop during labor that make it necessary for these mothers to be transferred to the hospital. This requires acquiescing to changing circumstances and transferring some control to obstetricians and medical technology.

But the expectation of these mothers is not absolute control any more than it is absolute comfort. Most recognize that labor is neither completely controllable nor completely comfortable. They, perhaps like all people giving birth, simply seek to understand these trade-offs and have the opportunity to cede control – or comfort – on their own terms.

This article is republished from The Conversation under a Creative Commons license. Read the original article.
To learn more about the Dar a Luz birth center, read Jocie’s interview with Abigail Lanin Eaves. 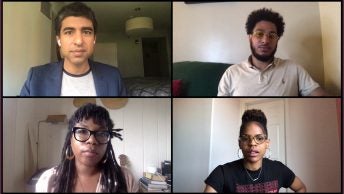 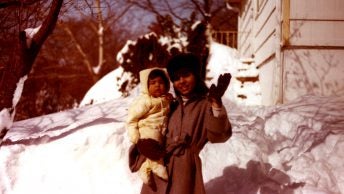 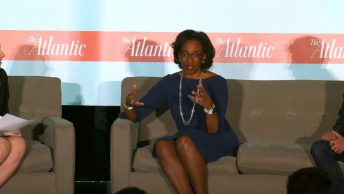 Originally published on The ConversationBy Neel Shah A few years ago I visited Dar a Luz, the only free-standing birth center in New Mexico. It looks nothing like the towering urban hospitals I have spent my career working in. Nestled into a valley...